Brigitte’s commitment to serving the Armenian community within Greater Los Angeles has set a powerful example for both fellow students and practicing attorneys. Brigitte began her law school career volunteering with the Homelessness Prevention Law Project. She then spent two years working at the Los Angeles County Public Defender’s Office, where she gained a deeper understanding of systemic injustices and a powerful desire to help address them. Ultimately, this drive led her to form a partnership between Neighborhood Legal Services of Los Angeles and the Armenian Bar Association and start a pilot clinic providing free legal services in “Second Armenia” (Glendale California). When she graduates this Spring, she will leave behind a successful pilot; NLS and the Armenian Bar Association plan to continue the clinic. We are thrilled for this opportunity to call attention to Brigitte’s accomplishments.

Growing up, we face a moment when our haze of ignorant bliss drifts away and we understand, for the first time, that the world can be unjust. From this point, there are two paths. The first is to accept this harsh reality in search of the ignorant bliss that departed. The second is to reject it and take a stand on behalf of yourself and all others trapped in the cycle of despair. The strength to overcome gives you the power to help others.

My moment came through stigmatization. My ethnicity, my life choices, and my curiosity all contributed to the flame within me. Confusion led me to the streets. Anger led me to law school. Advocacy doesn’t necessarily entail a law degree, but it doesn’t hurt for credibility purposes. My goal was to address a community that was identified as the majority as an outcast. My intent was to help, to make sense of things.

A month into school I met with Professor Laura Cohen, the Director of Southwestern’s Public Service Program. Two-decades of educational turmoil made me pessimistic: Who did I think I was? A high-school drop-out – I didn’t belong here. But as I sat in her office, nothing planned, I spoke as fast as possible–thoughts and tears escaping from my head. I wanted to do everything. I wanted to get involved, I wanted to rebel, I wanted to educate. Professor Cohen embraced my goal as if it was her own. She offered me insight, perspective, and opportunities to get involved. I mean, a lot of opportunities.

Against the advice of many professors and academic advisors, I volunteered as much as I could. My first interaction with clients in my law-student capacity was at the Department of Public Social Services in Downtown with the Homeless Prevention Law Project. I was terrified at first–not by the clients but by my own personal barriers. Not too long ago, I was the one in the DPSS offices with my parents waiting for our name to be called. Now, I was the one calling names, tasked with interacting and assisting in a world I was all too familiar with. Around the same time, I discovered more amazing public interest opportunities. I started signing up for criminal clinics, one after another. From teaching high school students to helping adults expunge records – I wanted to know everything.

It wasn’t until my 2015 externship with the Los Angeles Public Defender’s Office that the puzzle pieces started coming together. One of the most important things I observed while there was during my time in lockup. I looked into the eyes of convicted felons now on probation, locked up for their 15th violation. I also looked into the eyes of scared 19-year-olds on their first violation – who just wanted everything to go away and for me to call their mother. As I looked, I learned never to jump to conclusions. It’s not always the case that the client was hiding from his probation officer because they did something wrong. It could also be because of a client’s lack of understanding about their duties under the court’s conditions, mentally abusive probation officers, or one-train, five-bus, one-mile-walk between home and the probation office. This is the real issue within our system, and although I’m starting to sing the tune of many public defenders – it’s an oppressive cycle. 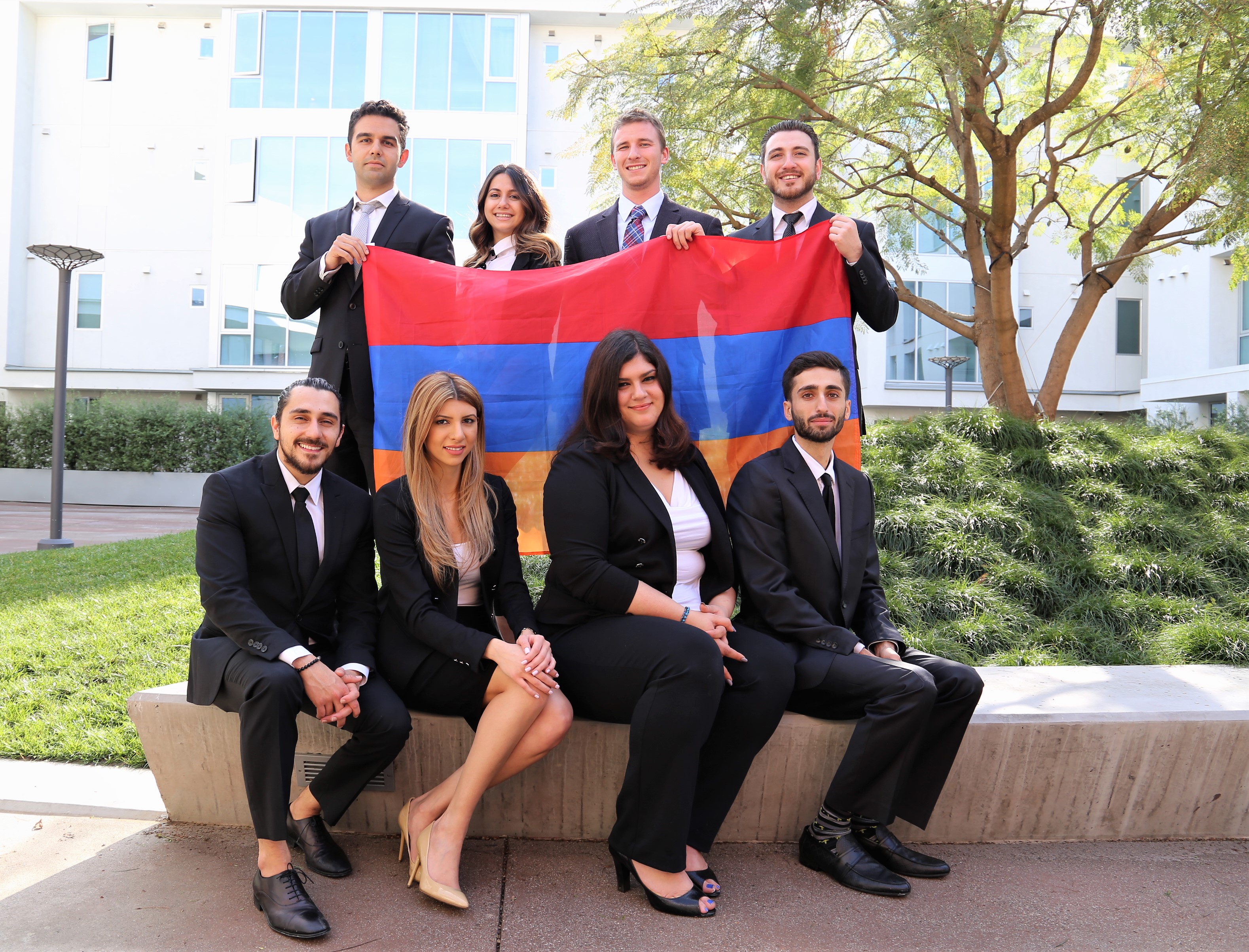 "I had to do something. I had to start somewhere, so I decided to start at home. That’s when I decided to turn to my own community of Armenians with the intention of breaking down the barrier, starting the conversation, and proactively attempt to fix a broken system through clinical work." - Brigitte Malatjalian

Everyone wanted to go home, but many didn’t have a home to go to. Many didn’t have a dollar to their name family member or friend waiting in court, a significant other to write to, or even someone who would listen free from judgment. The most disturbing is that several clients communicated that he/she doesn’t know how to survive on the outside and would rather remain incarcerated. Clients were released, forced to comply with ridiculous conditions and reincarcerated due to, essentially, their inability to find stability.

We did this. Society did this. Society turned their back on individuals who needed someone, anyone, to extend a helping hand. Society punished, and after punishment – pointed their fingers and stigmatized. Through these experiences, and after assisting clients from all backgrounds – I had to do something. I had to start somewhere, so I decided to start at home. That’s when I decided to turn to my own community of Armenians with the intention of breaking down the barrier, starting the conversation, and proactively attempt to fix a broken system through clinical work.

There are two things to note about the Armenian community. First, they are prideful people who are ashamed of making mistakes. Second, they believe that free does not equal quality. I was conscious of these challenges walking into this but firmly believe that with education, comfort, and consistency – acceptance will follow. I had tremendous support and backing by the Armenian Bar Association and members of the Armenian Law Students Association of Southwestern. My goal became our goal and after over 100-hours’ worth of telephone, physical, and virtual communication to set up a stable clinic, we finally launched. To this day, we have hosted four successful clinics. The services offered were Expungement, Proposition 47, and Proposition 64. Because of our efforts, we have been featured in Armenian newspapers, Glendale City Hall, and as a guest on Armenian TV.

Currently, I still continue to work with other pro-bono services and the Armenian Bar Association to plan and prepare future clinics. In addition, we are working on expanding our services to other areas of law. Clients not only have the opportunity for a new start but the ability to share their stories. I’m not trying to change the world and although I would love to, I cannot force people to change their lives. What I will do is instill strength and perseverance. I will educate, and I will defend. No one should stand alone in the face of a system designed to stifle personal growth. Everyone should have the opportunity to share their journey and I believe survivors have an obligation to spread their fortitude.